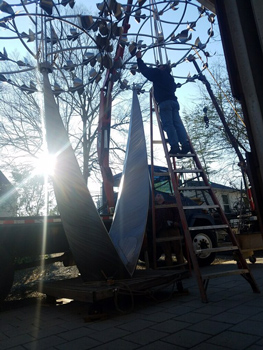 Yesterday was the big day for assembling the finished sculpture for the first time. It's been a few

weeks since the last update, but that doesn't mean it hasn't been busy. All the detail work of final polishing

visuals than some other elements of the process. Call it the Zen time of sculpturing.

The day did come when the signature went on, and then it was home stretch time. 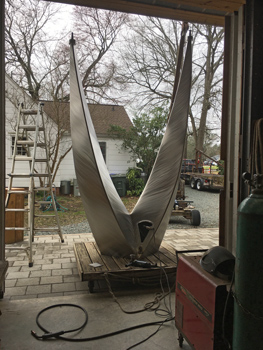 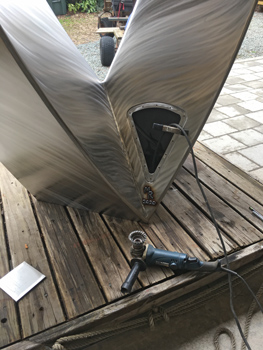 Assembly happened in the afternoon. Paul came back to lend a hand, and Wayne arrived with Big Blue. Elizabeth from

next door brought her son Orion to watch. He loves when the big boy toys show up. My wife Clay came out to take pictures.

And of course Tita had to check out what was going on in her studio. 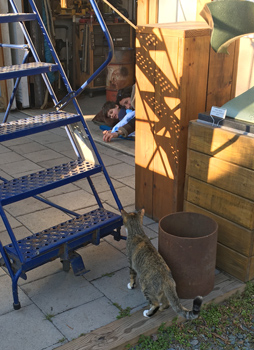 Assembly went very smoothly. Below are a few images from the process. 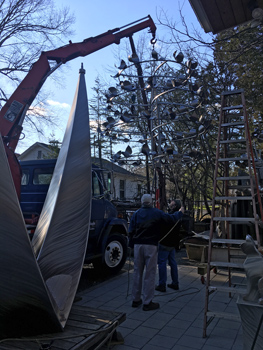 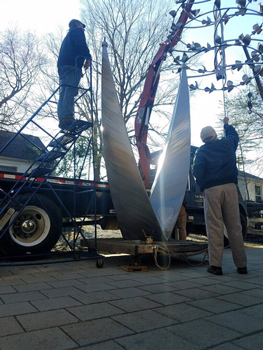 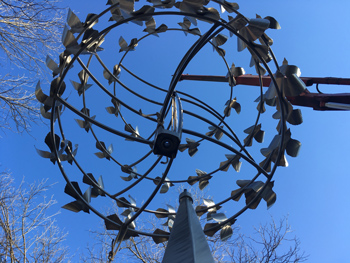 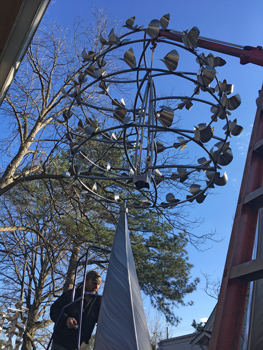 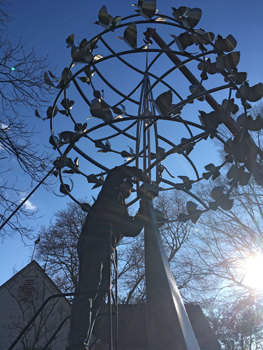 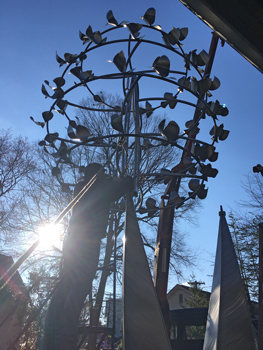 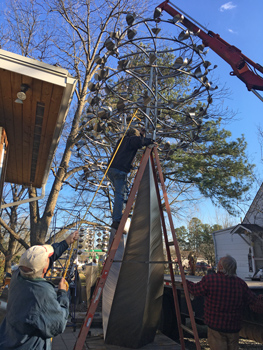 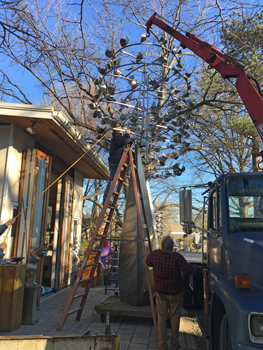 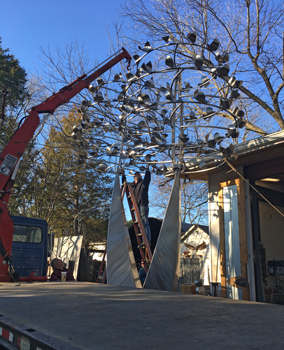 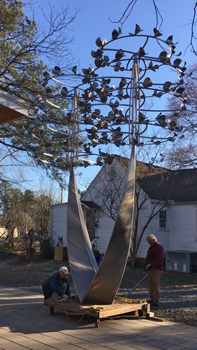 It was such a nice day today I brought out the studio plants for some vitamin D and watering.

It made for a nice staging with instant landscaping. Little breeze today of course, but when

the opportunity arises I'll get a movie up. We'll enjoy it as is for a week and then start the packing

up process for the big trip to Texas. 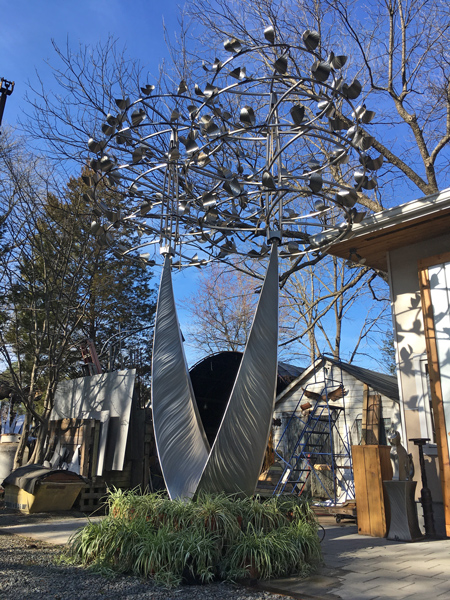 silhouetted against blue sky. My bare pecan tree makes for a less than optimal

backdrop. Till next time. 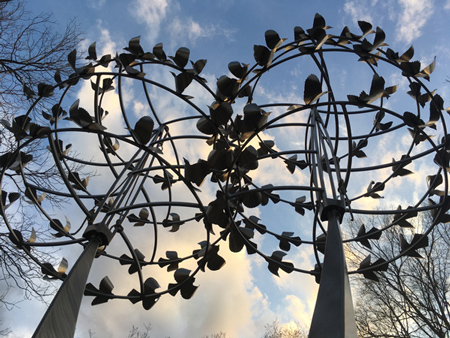 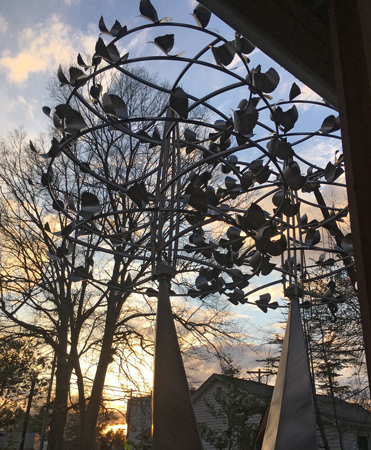 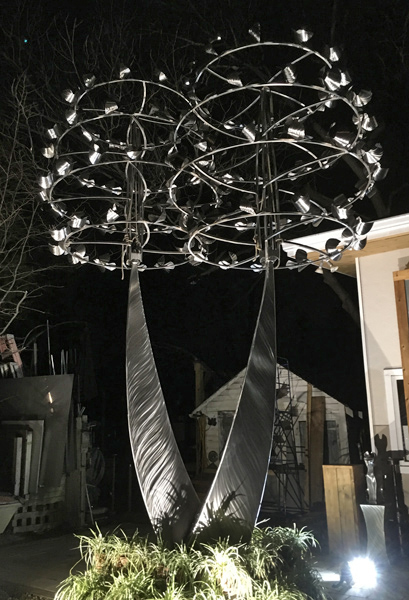