This sculpture had its debut at the Sculpture Celebration in Lenoir September, 2004, and moved to the North Carolina Botanical Gardens for their Fall show where it took First Prize. It's, as my English Major wife says, "A symphony with several movements." This muse then moved to Boone, North Carolina for the year-long 19th Rosen Sculpture installation on the Appalachian State Campus. It was the winner there of the Rosen Award for 2005. Now after a year's exhibition in Kingsport, Tennessee Yo-Yo's Muse has found a permanent home, the good people of Kingsport having decided they just can't part with her. 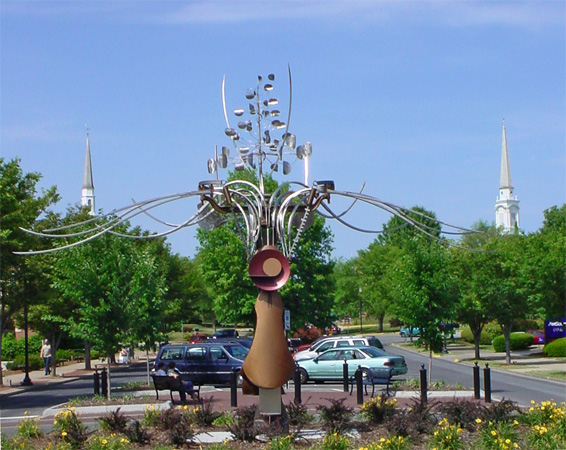 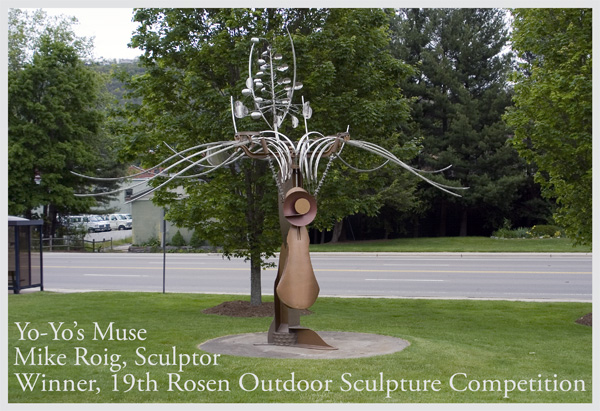